Skip to content
Horak Attorneys at law: IT LAW EXPERTS

Data Protection Online and Offline : all you should know

Data Protection Online and Offline : all you should know

The General Data Protection Regulation allows any subject to request information on what data is stored or processed about them pursuant to Art. 15. If such information is requested, the data controllers must provide the data they have collected in a timely and complete manner, otherwise the requiring subject would be entitled to claim damages. This is what the Higher Regional Court (OLG) of Cologne ruled last July and ordered a lawyer to pay 500 euros in damages (judgement of 14 July 2022, ref. 15 U 137/21).

The case is a classic. No one has the right to keep the “private” data of someone else, if this person has not allowed them to. 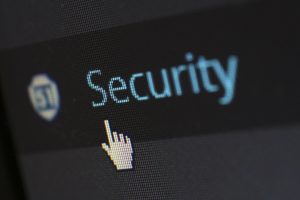 The background to the proceedings before the Cologne Higher Regional Court was a legal dispute between a woman and her former lawyer, whom she had engaged to pursue claims arising from a traffic accident. However, the woman was then not satisfied with the lawyer’s commitment, whereupon she terminated the lawyer’s contract. Subsequently, in January 2020, the woman requested, among other things, data information on the client’s account as well as email and WhatsApp communication. However, because she then had to wait eight months for the data, the woman brought an action before the Regional Court (LG) of Bonn and demanded compensation for pain and suffering of at least 1,000 euros. In support of her claim, she argued that the late provision of data had put her under psychological strain, as it was not foreseeable whether she would be able to successfully conclude her proceedings with a new lawyer. The lawyer had also violated the GDPR by providing the data so late, which gave rise to a claim for damages under Article 82 of the GDPR.

IT Law is a new and modern fiel of law. Laws change consistently and every tribunal decision is different. Make sure to consult a specialized lawyer. Contact us.