Skip to content
Horak Attorneys at law: IT LAW EXPERTS 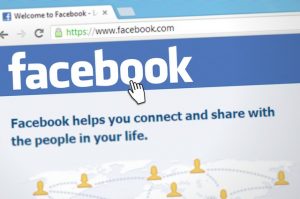 Facebook defeated in dispute over obligation to use clear names. Long-registered users may continue to use pseudonyms on the platform, the judges at the Federal Supreme Court have ruled. However, the ruling only applies to old cases.

Karlsruhe According to a ruling by the Federal Court of Justice (BGH), Facebook must accept that users who have been registered for a long time use pseudonyms on the platform. An obligation to use the so-called plain name is invalid, the third civil senate ruled in Karlsruhe on Thursday. (Ref. III ZR 3/21 et al.) However, due to a change in the law, the ruling only applies to old cases.

The network had blocked the accounts of a man and a woman in 2018 because their fantasy names violated the terms of use. The Munich Higher Regional Court, which had last ruled on the lawsuits, had ruled in Facebook’s favour.

The background is a new legal situation: The German Telemedia Act obliges providers to enable the use of their services “anonymously or under a pseudonym, as far as this is technically possible and reasonable”. The old EU law did not stand in the way of this. But since May 2018, a new data protection law has been in force in the European Union, which explicitly does not contain such a provision.

However, the BGH judges have now decided the cases under the old law. “Therefore, the immediate reach of our decision is limited to old cases,” said presiding judge Ulrich Herrmann.